Genetically engineered (also called genetically modified or GM) crops were first approved in Canada in 1995, without public debate and little public notification. There is no mandatory labelling of GM foods on grocery store shelves and there is no consultation with the consumers or farmers before new GM foods, seeds and are approved. Health Canada does not do its own testing of GM foods but relies on information submitted by the companies that want new products approved. The federal government does not conduct any assessment of possible economic or social impacts.

The Canadian government does not specifically regulate genetic engineering but regulates biotechnology products under a broader category it calls “Novel Foods” and “Plants with Novel Traits”  which includes products of genetic engineering as well as organisms produced by other technologies such as traditional breeding and mutagenesis (where chemicals and gamma-radiation are used to induce mutations in genes). For details see our report “Are GM Foods and Crops Well Regulated?” 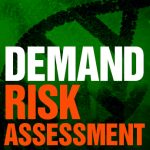 Health Canada and the Canadian Food Inspection Agency have launched public consultations on proposals to exempt some genetically engineered plants and foods from government oversight, particularly those produced through the new genetic engineering techniques of genome editing (also called gene editing). These proposals would allow some genetically modified organisms (GMOs) into our food system without any government safety assessments – these would be unregulated GMOs that the government may not even know exist.

To take action, for updates and details see www.cban.ca/NoExemptions

May – September, 2021 – Health Canada and the Canadian Food Inspection Agency is proposing new regulatory guidance on genetically engineered plants and foods. The proposals would remove government oversight for some genetically engineered foods and plants, particularly those produced through the new genetic engineering techniques of genome editing (also called gene editing). These proposals would allow some GMOs (genetically modified organisms) into our food system without any government safety assessments – these would be unregulated GMOs that the government may not even know exist. Information and updates are posted at www.cban.ca/NoExemptions

June 10, 2021: On June 1, the company Bioceres announced Canadian approval of is new genetically engineered soy however the product was not listed as approved by Health Canada and the Canadian Food Inspection Agency (CFIA) on government websites. CBAN confirmed the product is approved. However, Health Canada & CFIA are notifying companies about approvals before the public. Canadians should find out about public decisions from government, not private companies. Read CBAN’s letter to Health Canada and the CFIA asking for consistent, accessible, and timely information for the public.

United States – 2020: The new US “SECURE” rule exempts many genetically engineered (GE) plants from any substantive oversight. The first three exemptions state that a plant that contains a single genetic change is exempt if the change: (1) results from natural cellular repair of a targeted DNA break without any introduced DNA to direct the repair; (2) is a targeted single base pair substitution; or (3) introduces a gene known to occur in the plant’s gene pool, or causes a change in a gene that corresponds to a version of that gene present in the organism’s gene pool.

Europe – 2020: The RAGES project (Risk Assessment of Genetically Engineered Organisms in the EU and Switzerland) was carried out between 2016 and 2019 to critically evaluate risk assessment of genetically engineered food plants as performed by the European Food Safety Authority (EFSA) and its Swiss counterpart: The EU Parliament has in recent years adopted around 40 resolutions against further approvals for the import of genetically engineered plants. One of the main criticisms was a lack of adequate and sufficient risk assessment. Experts from several member states raised similar criticisms. Nevertheless, the EU Commission gave the green light to all these imports. The results of the international research project RAGES now show that the concerns of EU Parliament are fully justified: There is a substantial contradiction between the legally required safety standards and the reality of the EU approval process. “Risk assessors are following a reductionistic, restrictive evidential approach, which largely ignores the complexity of life forms and their interactions with their environments as well as evolutionary principles.”

Health Canada and the Canadian Food Inspection Agency have announced intentions to change guidance on the risk assessment of genetically modified (“novel”) foods and plants. The proposed changes would remove regulation from some products of genetic engineering, particularly some products of the new gene editing techniques. The Canadian Food Inspection Agency says, “some products developed using gene editing techniques may not meet the regulatory definition of ‘novel’” and may not therefore need to be subject to safety assessment. Click here to read CBAN’s May 11, 2021 comments to Health Canada

On June 14, 2018, the Canadian government announced a contamination incident with unapproved genetically modified (GM, also called genetically engineered) wheat. Several GM wheat plants were found on a road in Alberta in an isolated contamination case and the government does not know how they got there. No GM wheat was ever approved for growing or eating in Canada, but the GM trait found growing in Alberta was field tested from 1998-2000. 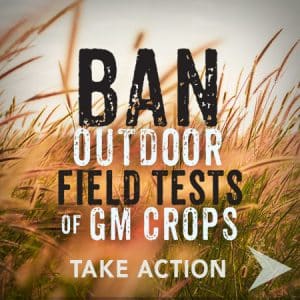 CBAN wrote to the Canadian Food Inspection Agency supporting the call for a ban on field testing and for the disclosure of all previous and current field test locations, and for a change in regulation to require an assessment of potential economic harm before GM crops are released.

Click here to send your letter asking for a ban on field testing.

“Low Level Presence” (LLP) is the proposal to allow our food to be contaminated by a percent of genetically engineered foods that have not yet been approved for safe eating by Health Canada, but that have been approved for human consumption in at least one other country, in accordance with international (Codex) guidelines. Every country currently has “zero-tolerance” for contamination by GM foods that their regulators have not approved as safe but LLP would change this. Click here more details and resources on Low-Level Presence. 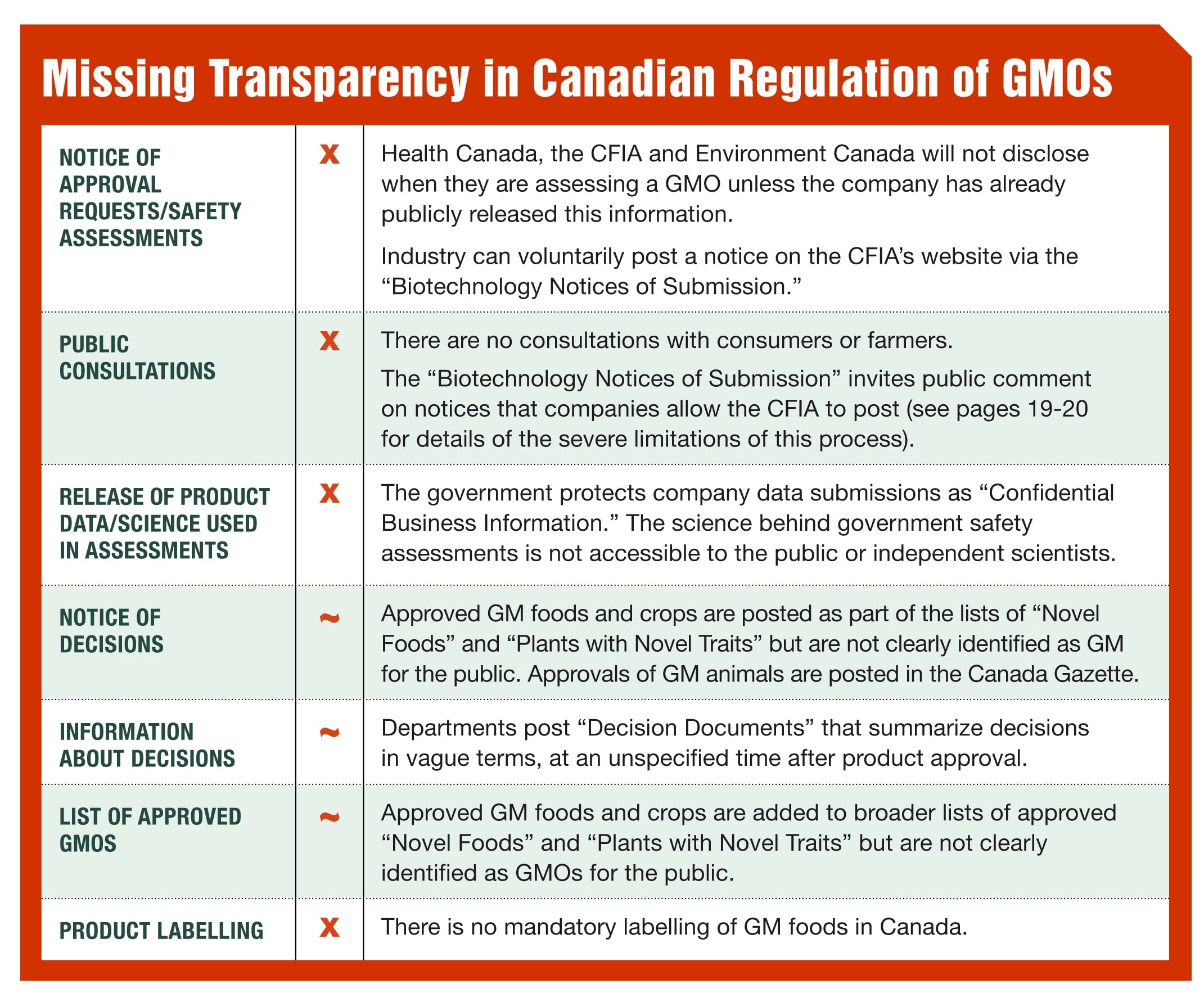 The Royal Society of Canada’s Expert Panel on the Future of Food Biotechnology released its highly critical report of Canadian regulation “Elements of Precaution: Recommendations for the Regulation of Food Biotechnology in Canada” in 2001. This report was produced on the request of the departments that regulate GE: Health Canada, the Canadian Food Inspection Agency and Environment Canada. Virtually none of the recommendations were implemented and the report’s recommendations are still highly relevant.

Regulation Around the World

The following is taken from “EU animal feed imports and GMO policy” (2008) by Coordination Paysanne Européenne, Friends of the Earth Europe, Greenpeace.

United States
When a company wants to commercialise a GMO in the US, a safety assessment is only required if the company presents evidence that this is needed. Unsurprisingly, no company has chosen to do this up until now. GMO commercialization in the US therefore occurs under a total absence of health and safety procedures and is complete in an average of 15 months.

The US process for authorising GMOs does not meet international requirements under the United Nations’ Codex Alimentarius, which are considered as the standard by the World Trade Organisation’s trade dispute body. The US is not a signatory to the UN Biosafety Protocol.

The US Department for Agriculture (USDA) is the regulatory agency with primary responsibility for GM crops. Since 2006, three federal courts have also found USDA’s regulation of GM crops to be grossly deficient and not compliant with US environmental laws. In one case, the USDA was found to have violated both the National Environmental Policy Act and the Endangered Species Acts for allowing several companies to grow GM crops that harbour untested pharmaceuticals in Hawaii without first conducting an environmental assessment.

European Union
The EU has a relatively robust regulatory procedure for authorizing GMOs onto the market. This provides the opportunity for a scientific dialogue in an area of risk assessment where there are still major gaps in scientific understanding. For details see GMO Compass funded by the EU.

Argentina
Argentina has historically been unwilling to authorize GM crops before EU approval and the likely impact of GM crop on exports is a consideration in the approvals process.

China
China has a more precautionary approach to GMO regulation than the US:

For some further details of regulations governing GM in other countries see the Government of Australia’s summary.

Science and Technology for Food and Agriculture

Challenges: Our food system is based on thousands of years of knowledge and innovation by indigenous peoples, farmers, fishers, and cooks. This rich and diverse knowledge is being marginalized as risky technologies facilitate greater concentration, industrialization and industry control in food and farming. Potential threats (often originally introduced as technological fixes for problems caused by previous technologies) range from the more widely-known platforms of synthetic chemicals and genetic engineering to the emerging applications of nanotechnology, synthetic biology, and climate engineering technologies. These are occurring in the context of a global land grab to feed biomass-intensive “green” technologies, and at the expense of food production and ecosystem health. The parallel erosion of biodiversity and community resilience severely undermines people’s capacity to strengthen local food systems, as well as respond to the increasing challenges posed by climate change.

Ways Forward: Decision-making processes regarding science and technology need to be democratized and guided by precaution and common interest if we are to strengthen our ability to feed ourselves, ensure sustainable livelihoods, and protect biodiversity and healthy ecosystems into the future. ‘Science’ should be acknowledged as including all forms of useful knowledge (codified and tacit) coming from diverse forms of learning and practice including indigenous and farmer knowledge and people’s everyday experience of food. By helping to strengthen and expand ecological agriculture, science and technology can play a particularly positive role in facing present and future challenges in food and agriculture.

Resources on Regulation in Canada